The until now magistrate of the Social Court in the Spanish Supreme Court will take up the position of judge corresponding to Spain. M ª Lourdes Arastey Sahún is a firm defensor of mediation, gender equality and judicial independence, and is a part of the Board of Directors of GEMME.

It is a great joy for us to inform of this appointment, since Lourdes Arastey is a judge who is firmly committed to peaceful conflict resolution and who has had a great influence in the European Judges Group for Mediation (GEMME) since its beginnings. She occupied the position of President of the Spanish Section from 2013 until 2016, and afterwards acted as Vice President at a European Level. At this moment, she is part of the Board of Directors of GEMME. 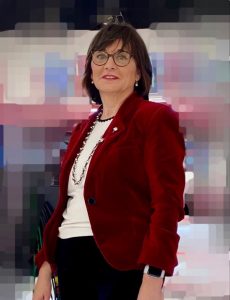 With a career as a judge, as well as a brilliant trajectory in the Social field, magistrate Lourdes speaks English, French and Italian, in addition to her mother tongues Spanish and Catalan. She is a founding member of the Network of Specialists in European Union Law (REDUE, for its initial in Spanish) of the General Council of the Judiciary, an associate professor in the University of Barcelona, as well as author of multiple publications

The Court of Justice of the European Union (CJEU) is the supreme court of the European Union in matter of European Law, with its main functions being the interpretation of European laws and making sure that their application is uniform in all the Member States. It was founded in 1952, and its headquarters is located in Luxembourg City. It is composed of a judge for each Member State, and at this moment there are twenty-seven magistrates. Lourdes Arastey has been appointed for a term that will end in October 2027. Congratulations!