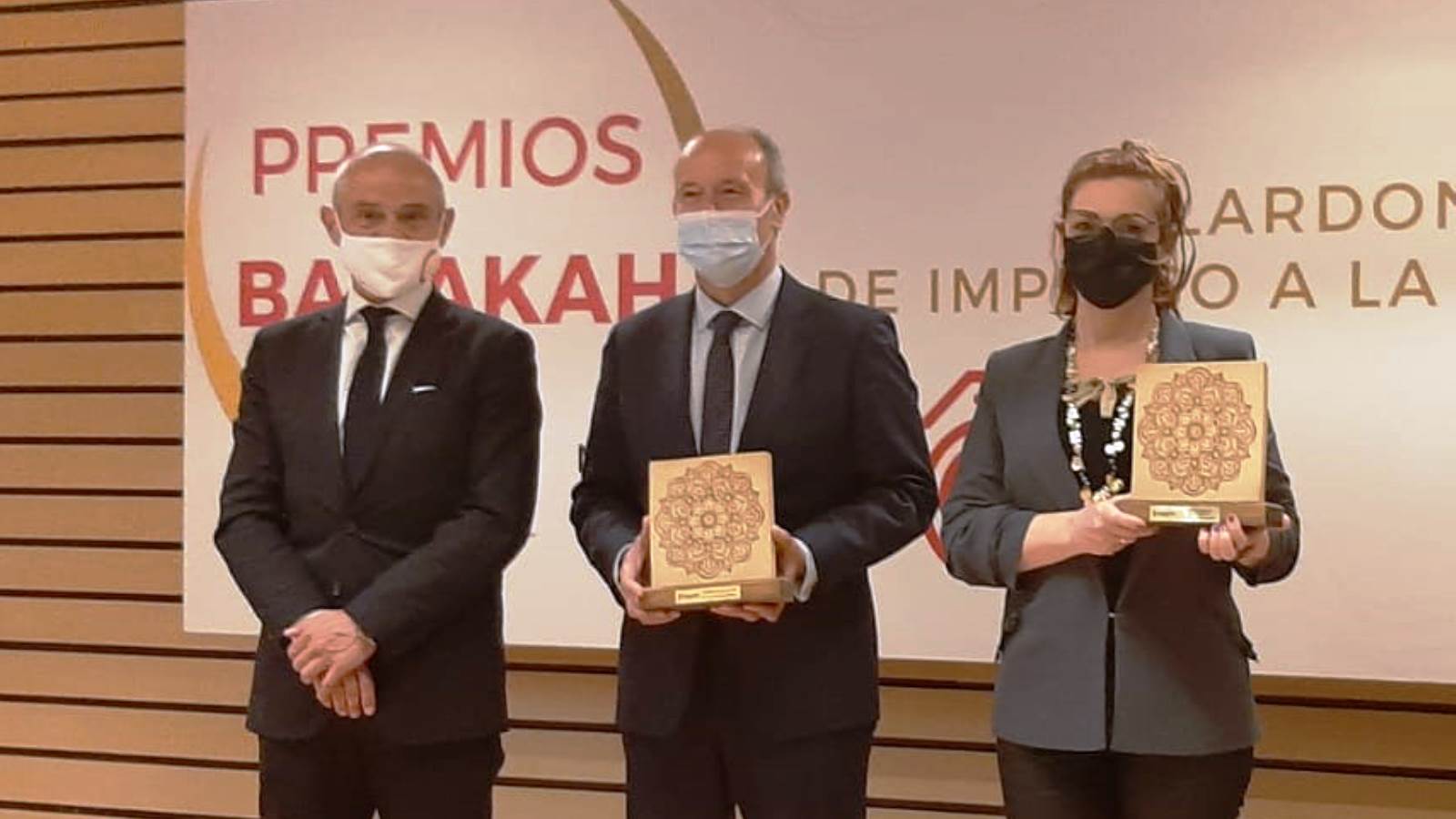 On April 7, the Barakah 2021 Awards given by the Valladolid Chamber of Commerce in recognition of the work in promoting and developing mediation in its various fields were awarded in Spain. Rosalía Fernández, as President of GEMME, received the award in the European category for her work promoting mediation and her efforts to promote training activities both internationally and in the different Member States.

In the photo, from left to right: Victor Caramanzana, President of the Valladolid Chamber of Commerce; Juan Carlos Campo, Minister of Justice of Spain; and Rosalía Fernández, magistrate and president of GEMME.

Another laureate was the Spanish Minister of Justice, Juan Carlos Campo (on the photo), who, during his speech, called and pledged to "give back to the society the capacity to manage its conflicts, opting for negotiated solutions that preserve future relationships and promote a culture of peace and social cohesion."

Ms. Fernández said: "The Barakah Prize is a recognition that motivates us, the judges who make up GEMME, to continue working more, to continue making efforts and to not forget that our main function is to pacify society, and the best way to do that is to provide people with the most appropriate tools, so that they can resolve their conflicts on their own."

You can find more information and the full video of the gala organized in Valladolid on the GEMME Spain website.