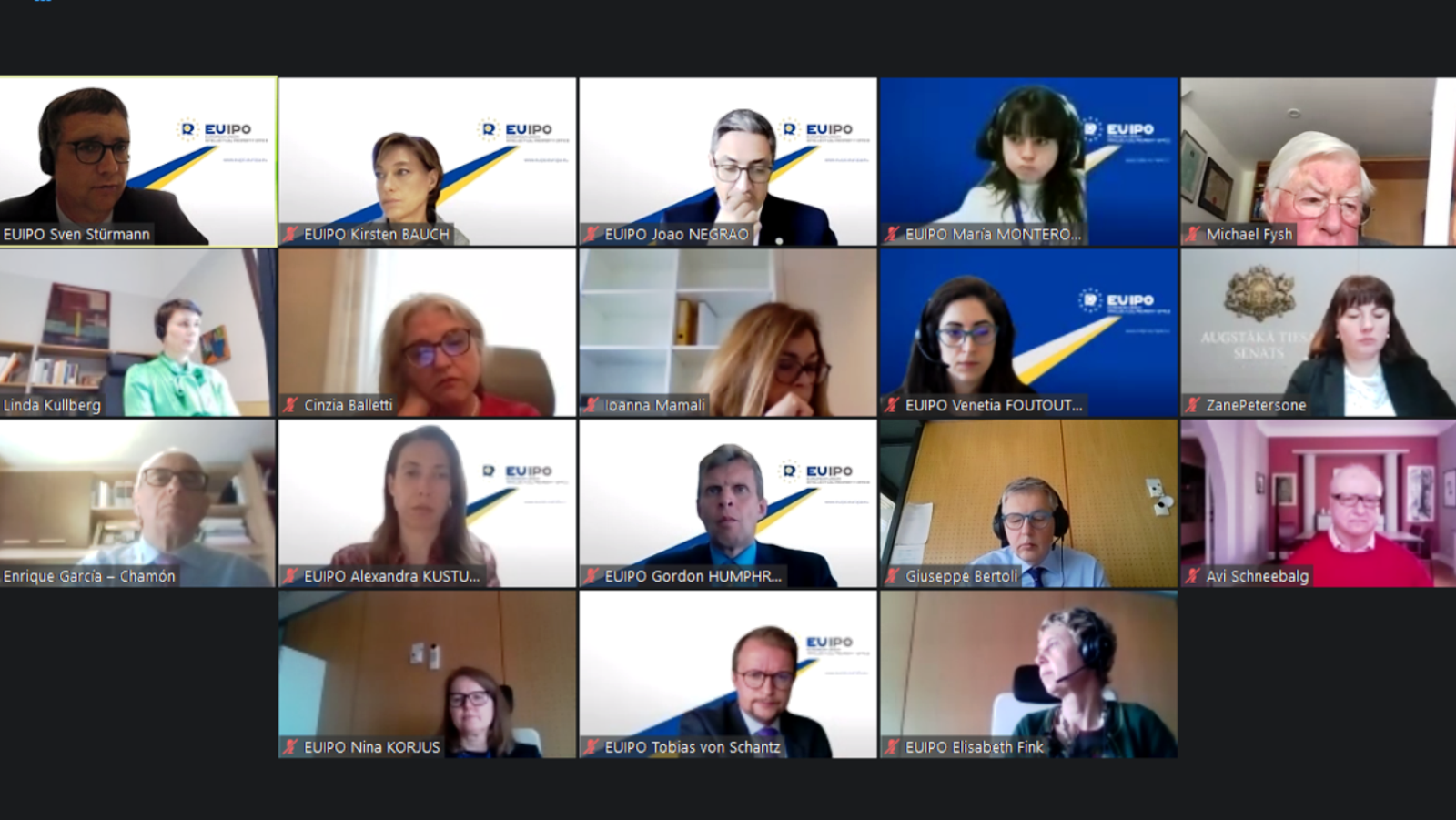 Representatives from the European Parliament and the General Court took part in it, as well as judges from Belgium, Spain, Estonia, Finland, Germany, Greece, Ireland, Italy, Latvia, The Netherlands, Sweden and the United Kingdom.

The Network is highly advantageous for strengthening the use of mediation in IP proceedings pending before national Courts and EU/national IP Offices and to generate close cooperation with the various national and European mediation and other ADR providers. All of this enables IP judges to coordinate actions in the field of mediation and other ADR tools, with a view to the parties achieving an agreed settlement of their differences.

The main goals of this meeting, which lasted for three hours, were the identification of cases where mediation is possible, as well as those where it isn’t; and the presentation of the mediation questionnaire, which will allow us to go forward in a coordinated way in the boost to mediation in the field of Intellectual Property.

During his intervention, Avi Schneebalg, vice president of GEMME, remarked that "It is not necessary to compare the list of cases that can be solved via mediation and the list of cases in which mediation is difficult to imagine or must be excluded. As a general rule, cases lend themselves to mediation, but there are exceptions to the rule."

The aim of this questionnaire is to collect information for a study which, as stated in the Termsof Reference of the Network, consists of obtaining national-level feedback regarding the mediation experience of domestic courts in European Trade Marks and Community Designs, and to compile the different analysis of the current legal framework on IP mediation in each Member State.

The questionnaire presented today during the meeting will be modified with the contributions of the participants and will be sent shortly to the members of the network, in order to receive the answers before the end of May. A comparative study will be prepared with the answers, and the network will meet again in order to discuss the conclusions. It will take place during the month of June. 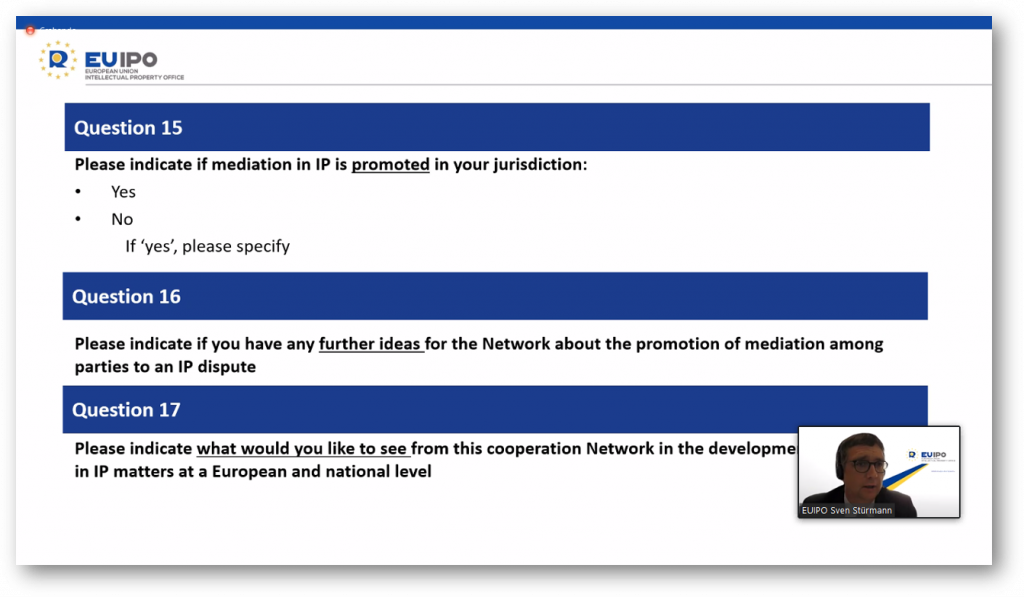 During his intervention, Sven Stürmann said: "We are at the beginning of the journey and, if we all travel together and contribute practical ideas, conducted from experience and knowledge about mediation, this journey will be quicker and more effective".