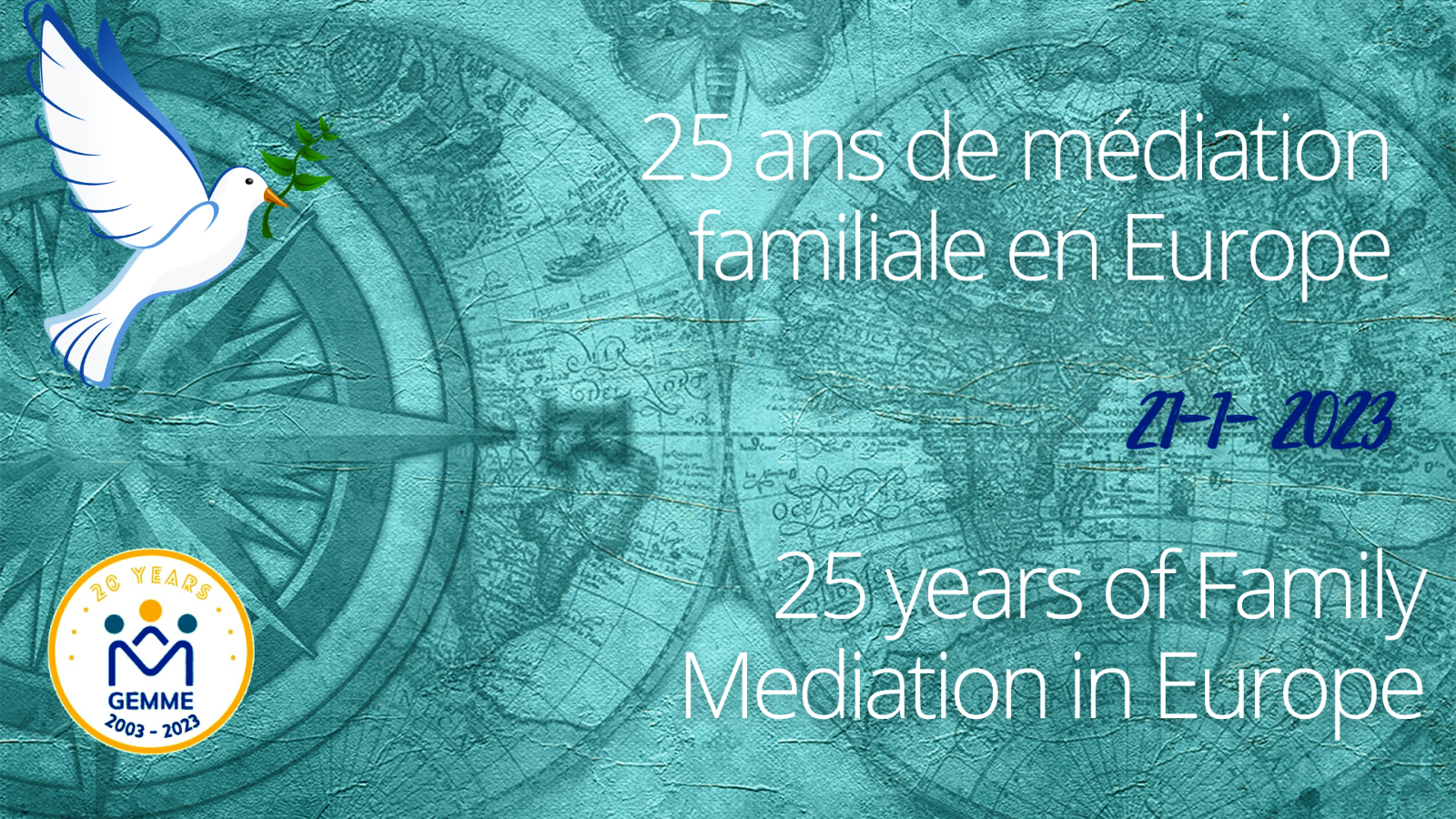 On 21 January next, it will be 25 years since the adoption of the first Recommendation of the Committee of Ministers to Member States on Family Mediation No. (98) 1 of 21 January 1998.

Before that date, projects in the field of mediation were already being developed in some European countries. At present, there are different levels of development and implementation of mediation according to the various legislations.

The Working Group on Mediation of the European Commission for the Efficiency of Justice has produced and published interesting studies and reports in the field of mediation, which can be consulted at this link.

In the last 25 years, progress has been made towards interdisciplinary models, with a comprehensive approach to family conflicts, particularly when they involve minors. The Cochem model, expressly mentioned in Resolution 2079 of the Council of Europe of 2 October 2015, is in this line.

The "Dinant parental consensus" model, promoted by the Belgian judge Marie-France Carlier, a member of GEMME, is based on the same idea of interdisciplinarity. Similarly, this is happening in other territories, such as in the Swiss canton of Valois.

The European Union clearly encourages mediation in family disputes, including cross-border disputes, as well as in the management of international child abduction cases (see European Parliament Resolution of 12 September 2017, Council Regulation (EU) 2019/111 of 25 June 2019 and European Parliament Resolution of 5 April 2022 on the protection of children's rights in civil, administrative and family proceedings).

The GEMME Europe Board of Directors, at its meeting on 26 November 2022 in Vienna, agreed to set up a Working Group on Family Mediation, in particular to promote projects such as parental consensus.

5 thoughts on “25 years of Family Mediation in Europe”