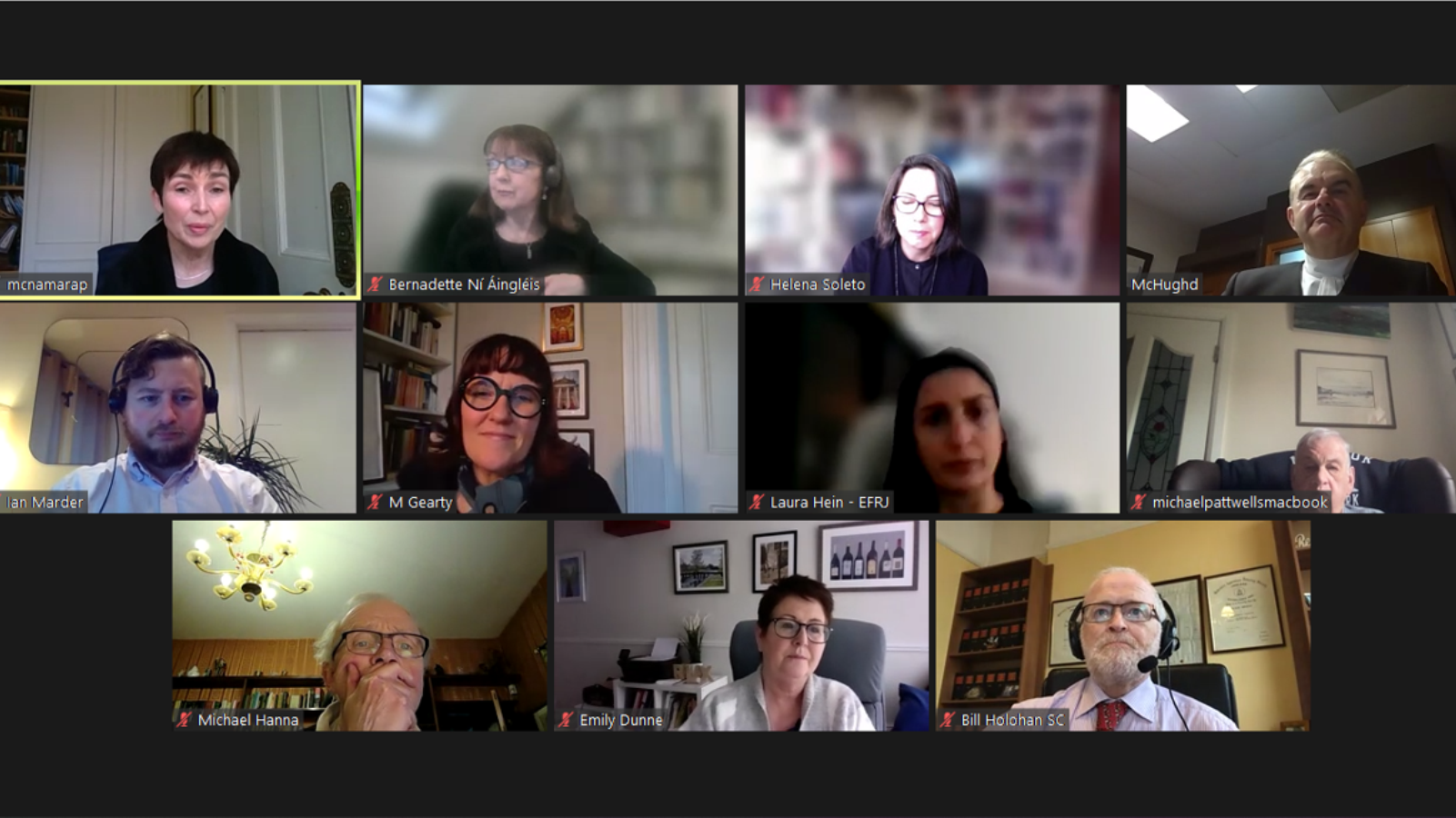 The Moderator for the event was Ms. Justice Mary Rose Gearty, Judge of the High Court, inaugural Director of Judicial Studies of Ireland, Head of European Affairs for GEMME and Chairwoman of the Irish Branch of GEMME. Attendees included members of the judiciary, practising mediators, GEMME members, academics, legal experts and administrators. The event was live-streamed in the late afternoon enabling interested parties (national, and international) to attend. 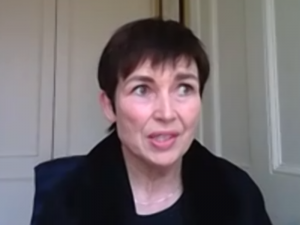 Judge McNamara outlined the orientation of restorative justice approaches in Ireland as one that emphasises efforts to repair the harm caused by the offender and to encourage desistance from future offending through the voluntary meeting of the victim/community and the offender. Consent of victim to meeting, a voice for victims, and encouraging offenders to take responsibility for their actions are therefore central tenets in RJ approaches in Ireland. RJ might also be seen as a healing and remediation process for the offender and nurturing a commitment to non-offending into the future. Judge McNamara proceeded to outline the range of RJ Services (RJS) and programmes provided in Ireland through a collaboration of stakeholders in the criminal justice in Ireland e.g. the Probation Service, the Garda Síochána. Examples of RJ services include drug awareness programmes, letters of apology to the victim/community, charitable contributions, compensation awards. Some types of offenders are offences are particularly suitable for RJ approaches including offences in the juvenile courts, District and Circuit Courts, and some offences against the community e.g. impact of drug offences, out-of-control dogs, assaults. Offenders must show remorse and accept guilt. Details of recent RJ approaches and RJ contexts are outlined in the most recent RJS report available at: Restorative Justice Services Strategic Plan 2020-22 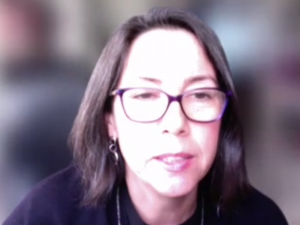 Prof Helena Soleto provided important insights into RJ approaches in Spain. 20% of cases (both child and adult cases) in Spain are referred to mediation or other RJ approaches. RJ approaches are highly developed in some regions e.g. Calalonia, and are used in a large number of cases involving juveniles in particular. Cases are referred to by the magistrates in the investigative phase and tend to be in low level crime areas such as minor thefts. An increase in cases referred to mediation/RJ approaches was noted in Spain during COVID-19. In cases involving minors, the prosecution makes the referrals. It would seem that RJ approaches are more successful in Spain with first offenders who have good networks of support around them. Some universities e.g. in Madrid, are developing RJ programmes but in comparison to Ireland, RJ programmes in Spain are in a nascent stage of development. It would seem that investment in RJ research and development of RJ programmes at a regional level e.g. Catalonia, has been more ambitious and consistent than investment at a central government level. RJ approaches are not available to some cases in Spain e.g. cases dealing with gender-violence. Juvenile cases are deemed particularly suitable for RJ.

On the questioning of sentencing and the role of RJ, it would seem that both Spain and Ireland have similar viewpoints; it depends on the offender, the offence and on the needs and voice of the victim. 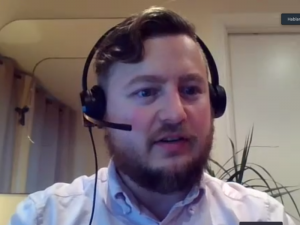 Dr Ian Marder suggested that virtually all cases could be assessed for suitability for RJ approaches and proceeded to outline the 2 key models of RJ in Ireland, namely victim-offender dialogue, and the reparation panel. Dr Marder holds the view that RJ should be available at all stages of the criminal justice process but the suitability of cases for RJ ought to be on a case-by-case basis. On the question of why RJ is not happening in Ireland in some cases suitable for RJ, it would seem that some professionals tend to have certain views on the types of cases that are suitable for RJ and those that are not suit. Dr Marder holds the view that the type of offence should not automatically disqualify a case for RJ. He suggested that the missing link was the absence of a referral pathway and systematic services to receive referrals. Various parts of Ireland have well-developed mediation and RJ programmes in the community but Ireland lacks an overall coherent approach. There is also the question of low levels of awareness of the potential of RJ in the justice system. Victim self-referrals in Ireland to RJ were almost at 0%. Less than 1% of cases in Ireland but up to 20% of cases in Spain were based on self-referrals to RJ approaches. Ms. Justice Mary Rose Gearty drew attention to the Victims’ Directive in Ireland and its potential to raise awareness of RJ in the justice system and in the general public. Discussion followed on the European Victims’ Directive the context of the promotion of RJ.

Judge Paul Kelly, President of the District Court, referred to cases where RJ was used and where victim satisfaction rate was particularly high. However, he referred also to a general lack of public awareness of how RJ works and the training implications for effective implementation of RJ in the justice system. He suggested that the benefits of RJ might well be promoted further through effective training and development programmes. Whether RJ was effective for recidivist offenders was deemed by the speakers to be a question for another day and one that requires further research and debate.

Dr Marder referred to the implications of GDPR and RJ. Currently, RJ organisations do not have service level sharing agreements which has implications for collaborative stakeholder engagement in administering RJ. Additional related points are outlined in the ground-breaking study co-ordinated by Maynooth University involving 10 European jurisdictions, Restorative Justice Nederland and the European Forum for Restorative Justice.

Further details of Restorative Justice: Strategies for Change, Ireland, are available at: https://restorativejustice.ie/ and by contacting: ian.marder@mu.ie