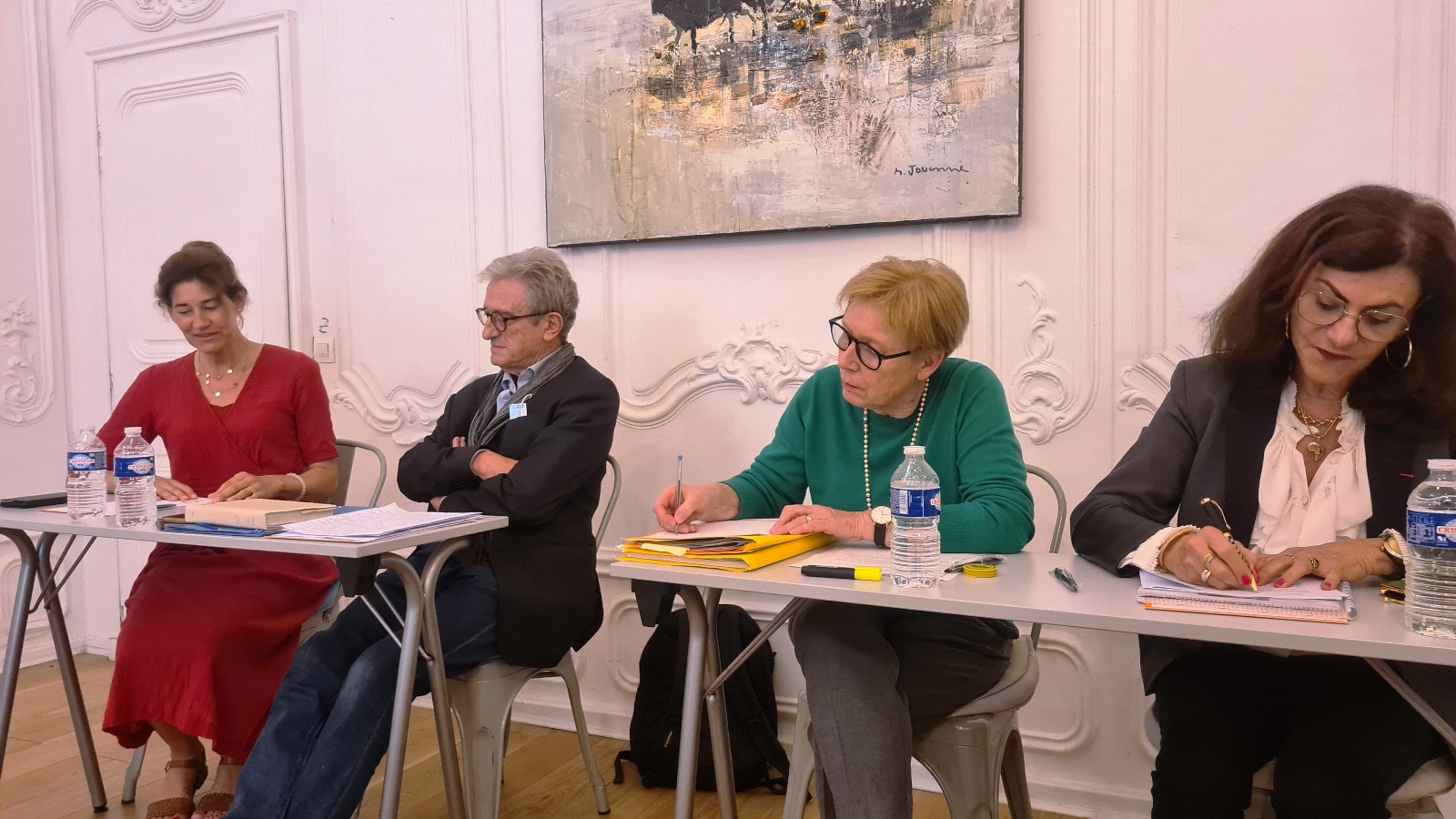 Le CIMFA  (International Centre for Mediation in the Armed Forces) participated in the International Mediation Week by organising a conference-debate on 11 October 2022 in Marseille on the health and budgetary issues of mediation applicable in the Armed Forces. Professionals from various fields shed light on the consequences of an unaddressed or unresolved interpersonal conflict.

This conference-debate, aimed at a targeted audience interested in the prevention of psycho-social risks such as burn out as well as in mediation as a process for resolving interpersonal conflicts in the Armed Forces, demonstrated the relevance of involving actors from various professional backgrounds: doctors, military personnel, mediators, judges, civil servants, lawyers. The presence of Mrs Rosalia Fernández Alaya, President of the European Group of Magistrates for Mediation, also testifies to their interest.

On the picture, from left to right: Mrs Jasna Stark, lawyer in Marseille and president of CIMFA, Professor Alain Junod, psychiatrist, Josiane Magnan, magistrate at the Court of Appeal of Aix en Provence, Mrs Janine Stern, Mediator, former examining magistrate and prosecutor at the military courts.

More information in CIMFA Newsletter (available in French only).

Following the participation of the President of GEMME in this conference, two new texts have been added to the library of the website, in the French Legislation section.

They are (available in French only):